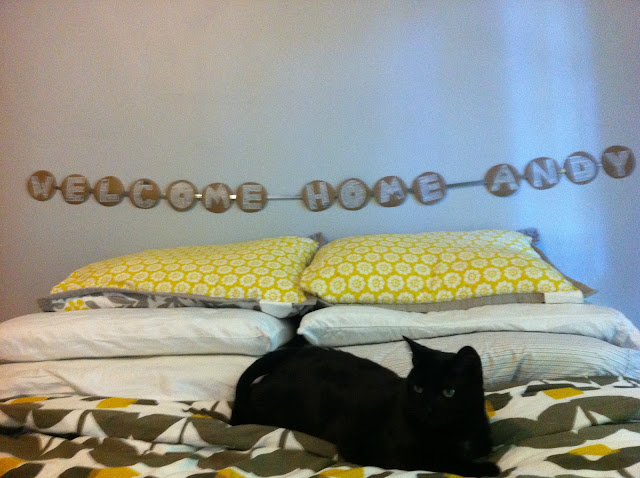 Andy was out of town for three weeks (four weekends!) on tour with his band. I was expecting him home in the middle of the night after his last show, so I made this banner with newspaper and kraft paper to welcome him. In a huge last-minute surprise, I was actually invited to join him on tour for the last four shows, so it was especially great to see him several days early and get to hang out with him non-stop. As an added bonus, I even got to see my best friends in Detroit! (Huge huge thanks to Cheryl and Jason for letting us stay with them, and Shana and Evans for coming to the show!) Luckily I’d put up the banner a few days early, so when we came home together in the middle of the night after the last show, his banner was already up. I’m super proud of Andy for having a really successful tour (they made a profit!) and incredibly jealous that he got to travel so much (18 states!), but I am so so so so SO happy he’s home!!

By Kerry | Filed under Do It Yourself