I wanted to make something special for my bridesmaids as a thank you for being in my wedding and for being awesome. This photo the four of us took in the photobooth was my absolute favorite thing so I had to frame it. What better than to use the burlap and ribbon from my wedding, too! 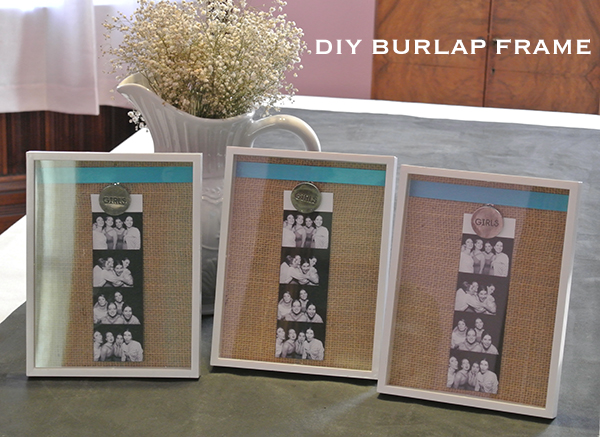 Step 1: Gather supplies.  Step. 2: Measure the size of your frame against the burlap and make note of where you want the edge to be. If you’ve never worked with burlap before you’ll learn quickly that it can be difficult, but just follow this little trick: note where you would want to cut it and pull just the one strand where you want your edge to be.  Step 3: Pull that strand all the way out. Depending on how much fabric you have, you may need to push the rest of your fabric away while pulling the one strand. Step 4: When you’ve completely pulled that strand out, you’ll have a nice tidy line where you can then use scissors to cut. This minimizes the amount of fraying you’ll get and makes it so much easier. 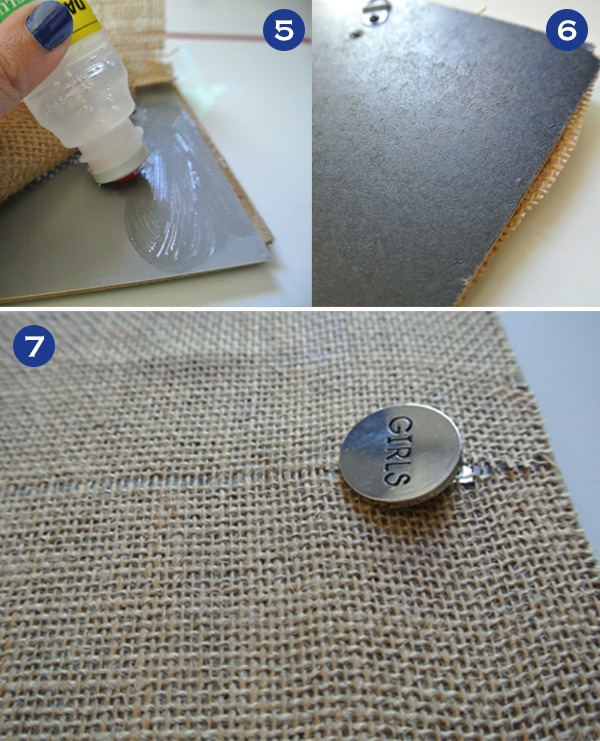 Step. 5: glue the burlap to the face of your frame. I used a clear liquid glue and a lot of it.  Step 6: turn the frame over and trim the edges. Step 7: because my frame had a clip already attached, I needed to make a little slit to easily wrap the burlap around it.  I followed the same step as above, but pulling one strand out, but then only cut a couple of inches down, wrapping the burlap around the clip and gluing. I knew my photo would cover up the line. For the ribbon I just wrapped it around to the back of the frame and taped it down. I tried glue but it seeped through and looked really messy. Then clip on your photo and you’re done! 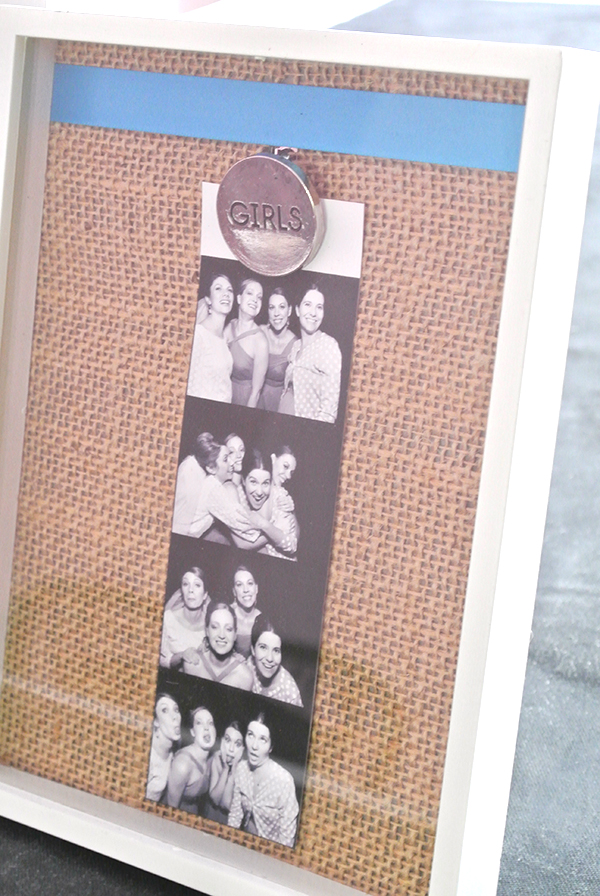 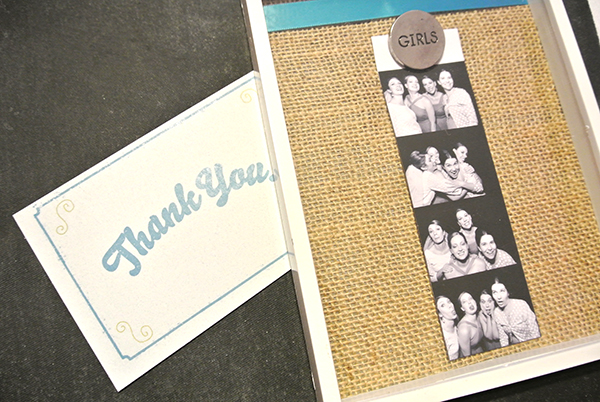 By Kerry | Filed under Do It Yourself | Tags: making things, Weddings