After a few days in Venice, we took the train to Florence. It is stunning. While Venice is a mish-mashed beauty thrown together by necessity, Florence was designed to be beautiful, with it’s cream-colored facades and Renaissance architecture. It’s bright and shiny with lots of space to step back and admire the view. Plus, my first impression when I walked out of the train station was, “Now this is a city.” There were cars! Lots of them. And buses and taxis and so many people walking down the middle of the street you’d think it was a parade. I loved it. 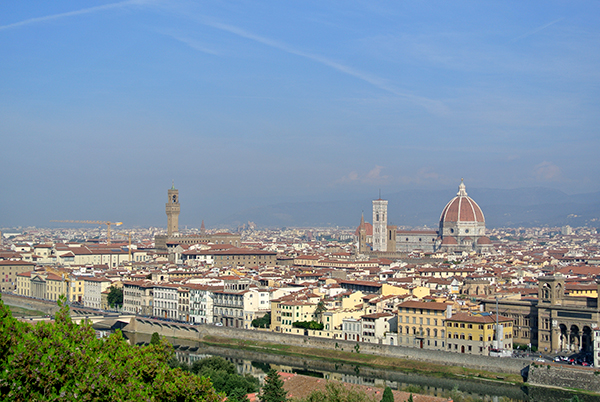 [ the city of Florence from Piazzale Michelangelo, above]
[ me and Andy, excited to be on a train, below ] 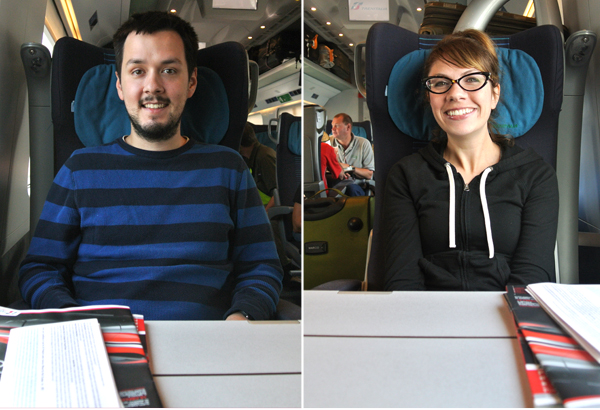 Our hotel in Florence certainly influenced our opinion of the place. Holy moly. We had a one-bedroom apartment with a full kitchen, done up in contemporary Scandinavian design… oh, in a building that was originally built in the 12th century. No kidding. We considered staying. Permanently. 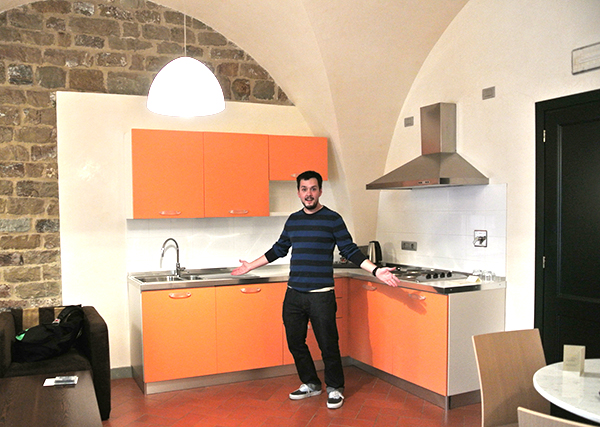 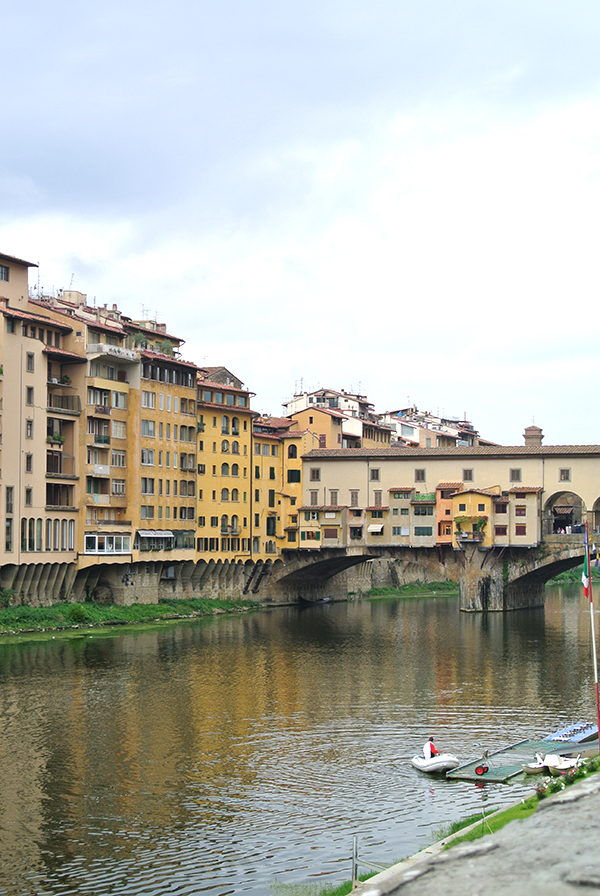 The central focus of Florence is the Duomo, the huge church in the middle of town which is one of the largest in the world. After climbing almost 500 steps in a narrow, windy, sometimes downright scary passageway to the top of the dome, we had the most amazing views of the entire city and the Tuscan countryside beyond. And it was terrifying. 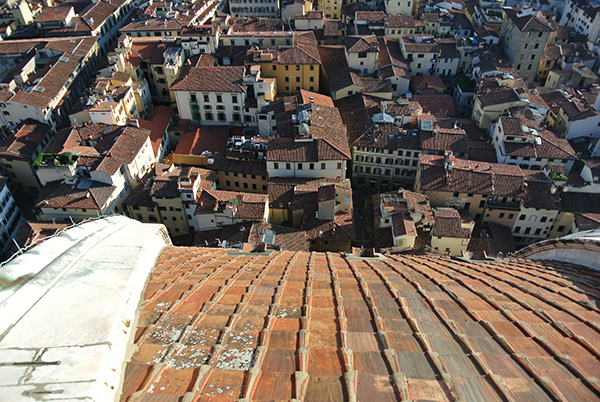 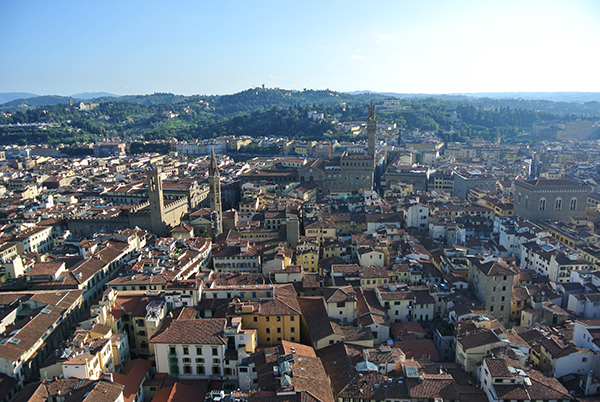 The inside of The Duomo is as amazing as the views from its roof.
[ top two photos below: the floor, and the ceiling of the dome — I’m obsessed with these floors ]
[ bottom two photos: the exterior, covered in green and pink marble ] 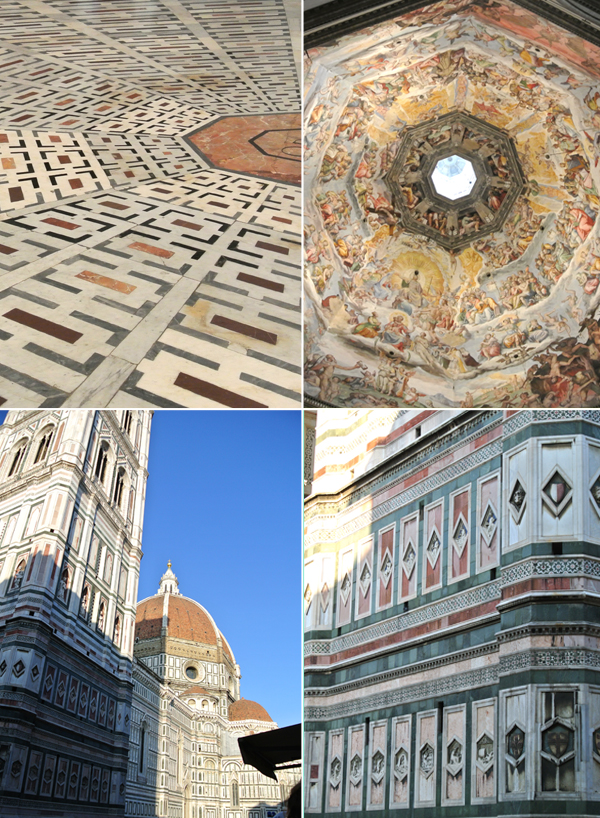 We took a bus tour to Pisa one afternoon. Everyone told us Pisa would be kind of lame, but I wanted to do it anyway. I figured seeing the Leaning Tower is one of those things everyone should do if they can, so we might as well just go. Wow. I loved Pisa. It wasn’t lame at all.  Sure, there isn’t much to see besides the tower and the church, but the church itself is worth the trip, and with a good tour guide, it’s so much more than just the Leaning Tower.
[ Hey Pisa, your tower is crooked ] 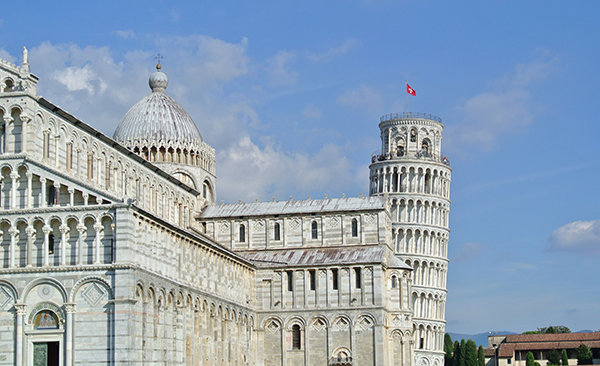 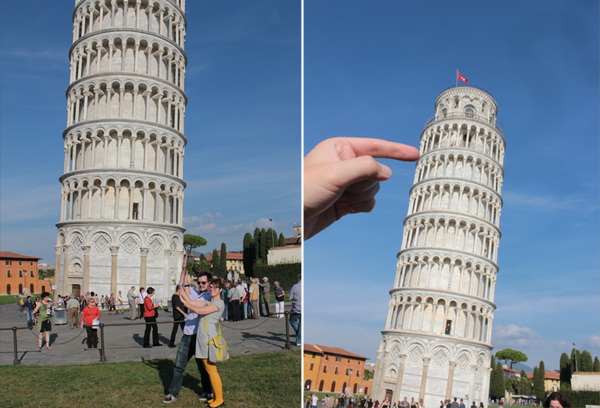 [ The cathedral in Pisa. Breathtaking. ] *all photos by Kerry & Andy