The bronchitis I’ve been fighting for the last two weeks really delayed this post (I’m on my second round of meds), but I’m so excited to share pictures from our last stop in Italy. I could easily share a hundred pictures with you because there was just that much worth talking about and photographing, but I’ll keep it a little more manageable.  Just because I like you.

Rome. It’s seriously hard to even come up with words about Rome. It’s a crazy place. It’s the wildest traffic you’ve ever seen driving past the oldest thing you’ve ever seen like it’s no big deal. It’s tourists and businessmen and gypsies and nuns all jumbled up together on the same sidewalks where Julius Caesar and Mark Antony probably took a little stroll. It’s busy and dirty and full of cars like any modern big city, but you can’t even blink without tripping over something that’s 2000 years old. Where the city of Florence is all about designed beauty, to me Rome is all about strength and power. It’s a different kind of beauty, one that may not always be quite as refined, but it will totally take your breath away. 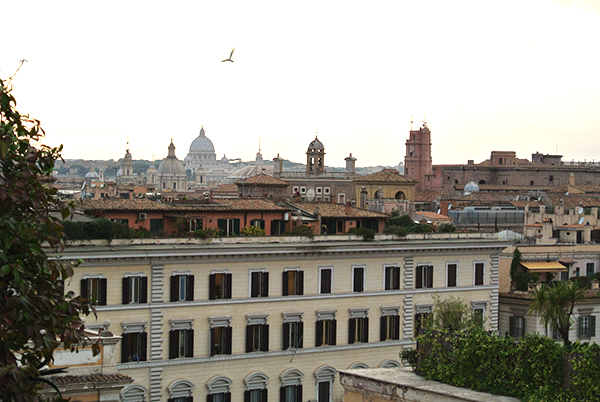 [ overlooking the city from our hotel ] 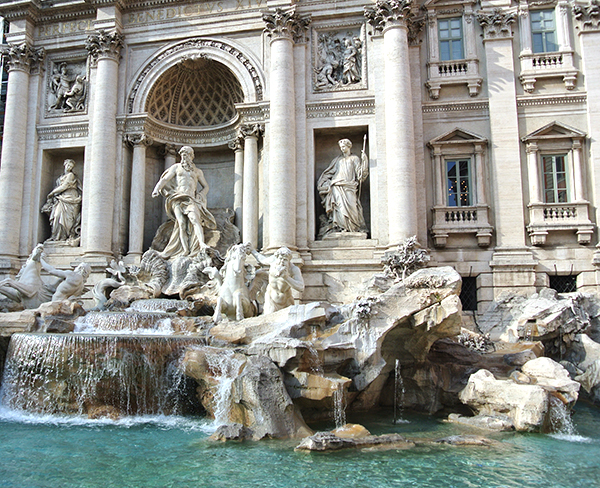 [ Trevi Fountain — they say if you throw a penny over your shoulder into the fountain, you’re guaranteed to come back to Rome… so we get to go back (someday)! ] 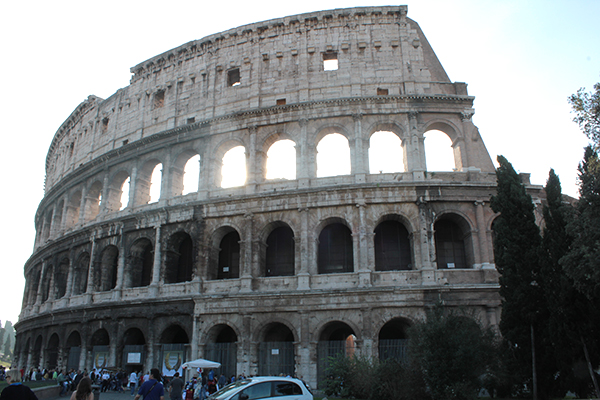 [ The Colosseum, above and below, outside and inside. It’s soooo awesome. Our modern football stadiums are outdated after 20 years, but this was built in 70 AD and could practically host an NFL game this Sunday. ] 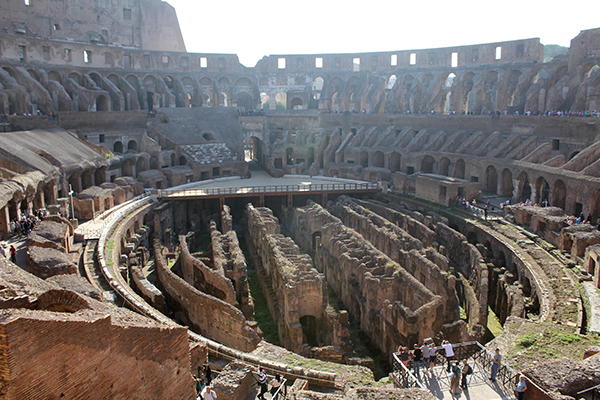 [ Underneath the arena floor is where the gladiators, slaves, and all the wild animals would have been between matches. ] 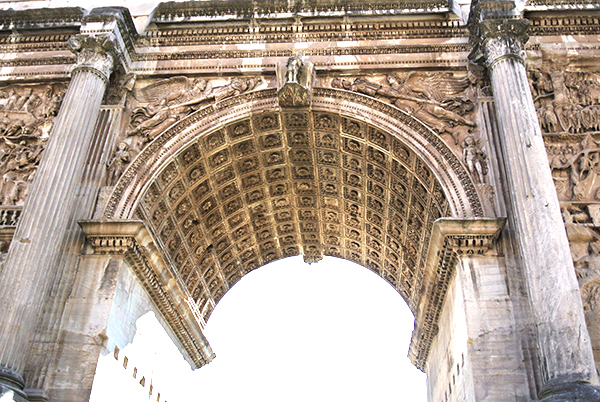 [ The Arch of Septimius Severus in the Forum ] 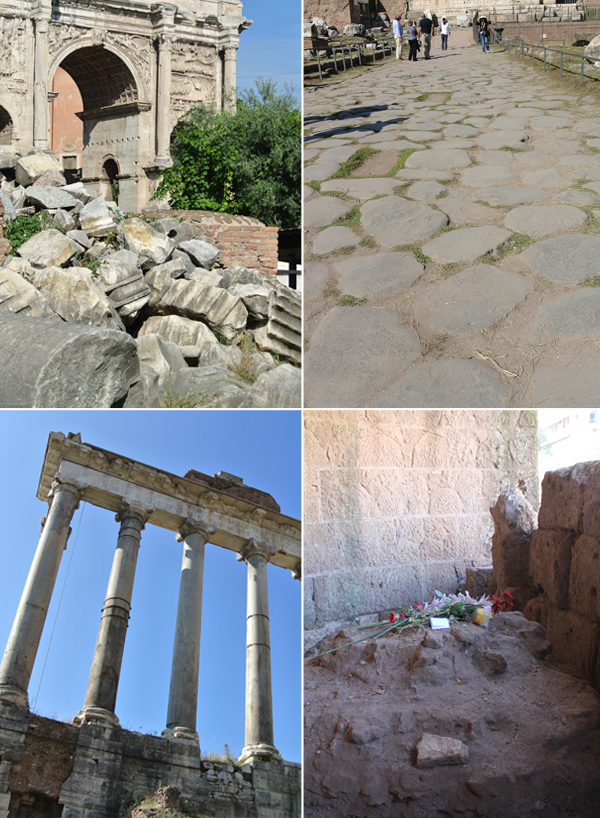 [ The Roman Forum is basically the old city center. So much of it still stands, including the mound where Julius Caesar’s body was burned, above right. It’s so hard to imagine he was a real person, let alone that he was literally right there. ] 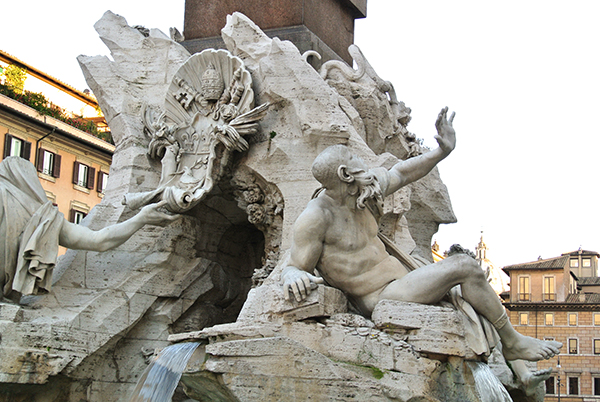 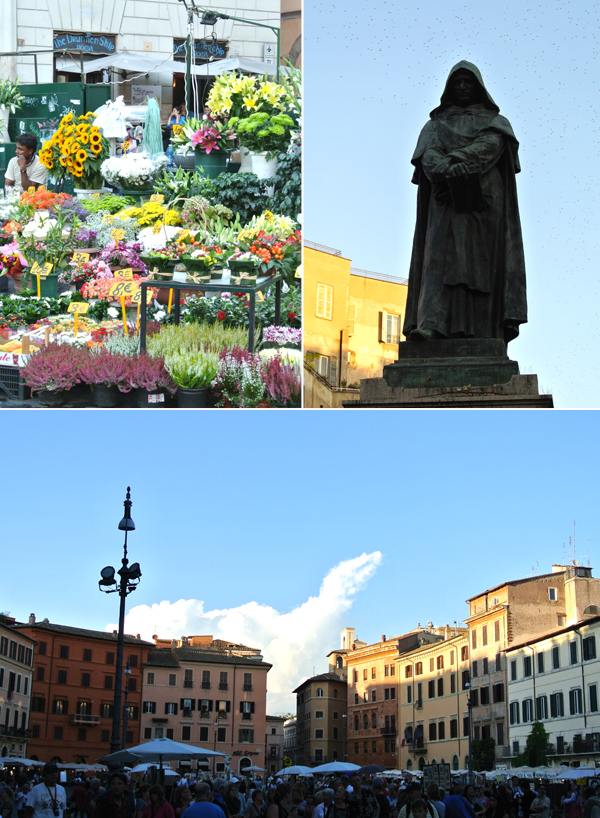 [ Campo de Fiori, top, and Piazza Navona, bottom — these were a couple of my favorite places in Rome for just hanging out, eating, and people watching. These areas are a lot of fun. ] 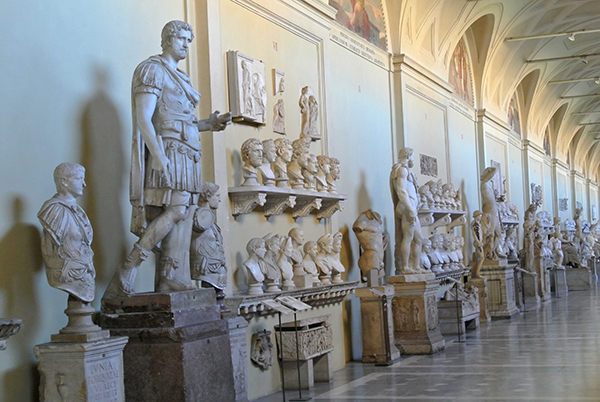 [ The Vatican Museum, above and below. I really loved our tour. ] 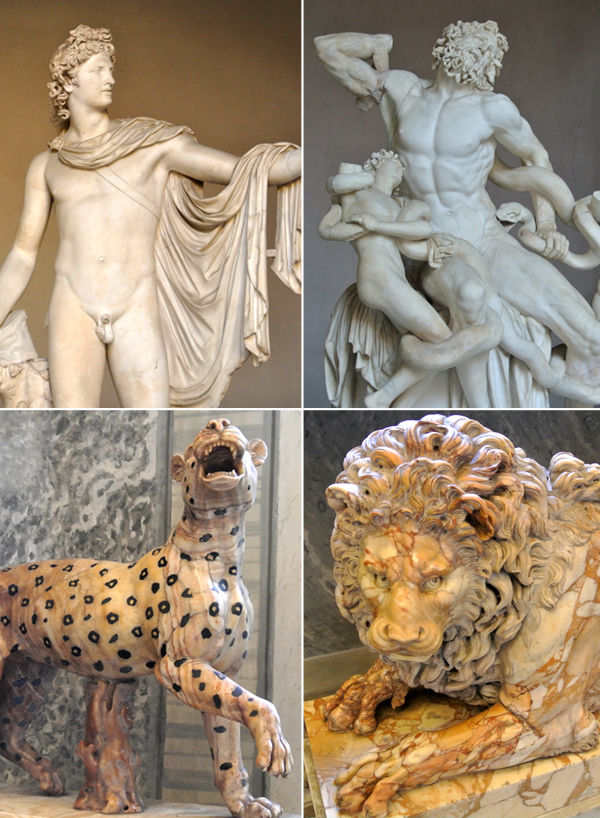 [ The art housed by the museum is some of the most exquisite in the world. The face of the ancient Greek sculpture on the top left was Michelangelo’s inspiration for the face of Jesus in the Sistine Chapel. These two animal sculptures on the bottom are colored just with different kinds of marble. There’s no paint here. ] 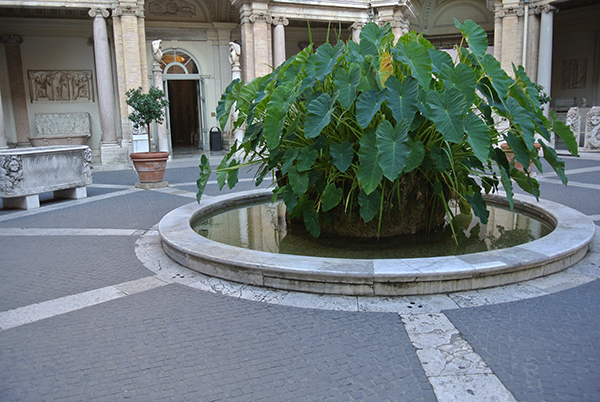 [ We had a moment in this courtyard in the Vatican Museum where we realized we were alone, just our little tour group of less than ten people. It was awesome. Michelangelo spent hours in this same courtyard studying the art, sketching and planning for his work on the Sistine Chapel. ] 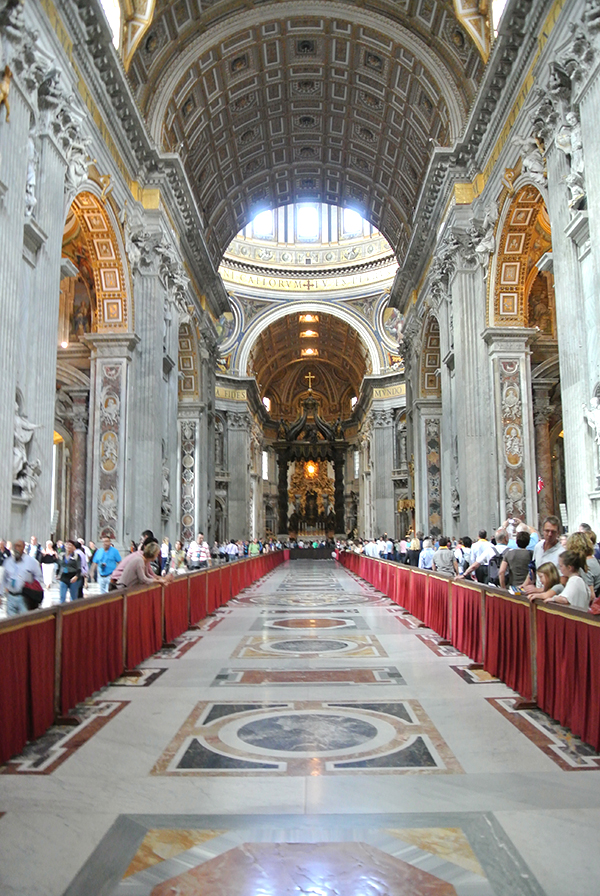 [ St. Peter’s Basilica — more gaudy and more beautiful and just more of everything than you can ever imagine in one place. ] 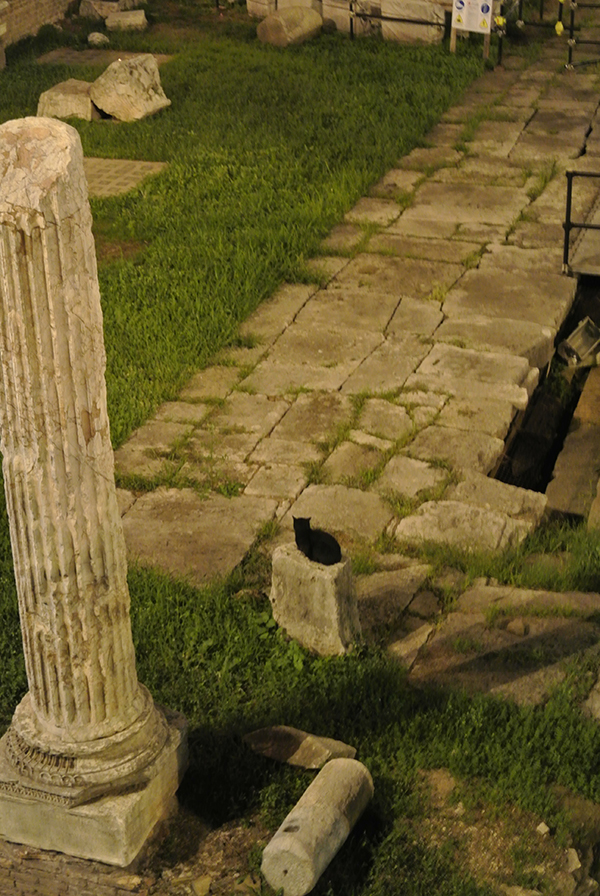 And the single most amazing thing about Rome…. you can be walking home from dinner one night, past a column that was old when Jesus died, and see a normal little cat who looks like my Trixie, just having a rest like it’s the most normal thing in the world to sit on a column that’s over 2000 years old… because Rome is living, breathing, wild, crazy, real life. It’s not a museum that closes for the night or where there’s a pane of glass between you and history. It’s very, very real. And sometimes you just need to stop for a second to catch your breath and let it all soak in.