Kerry had to work on Thanksgiving and I had the day off. Usually that means I would sit on the couch all day and play video games. But we had just received a new TV stand in the mail, and I thought I’d surprise her by having it all set up by the time she got home.

Let’s get one thing out there: Kerry and I have very different philosophies on furniture. The criteria I am looking for is “does it perform its function?” So, for a TV stand, the only thing I am concerned with is if a TV can stand on it.  Kerry is a little more interested in “does it look good in this room?” That’s a concept that is foreign to me.

The stand we had certainly fit my standards. Kerry’s however… not quite. It is a great stand. It was given to us by my parents, who had an extra one. It was fully functional and fine, just not the look Kerry was going for. 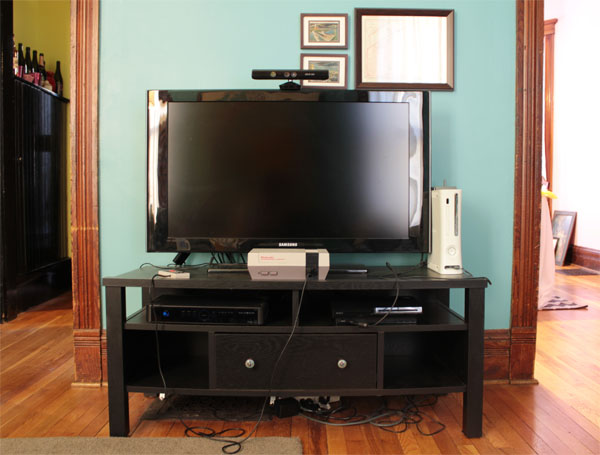 So we bought a new one, which was heavy. It had to be shipped in two different boxes. On the delivery email we got, it said one box was 75 pounds and the other was 80. However, the 80 pound box actually had written on it, “90 pounds.” 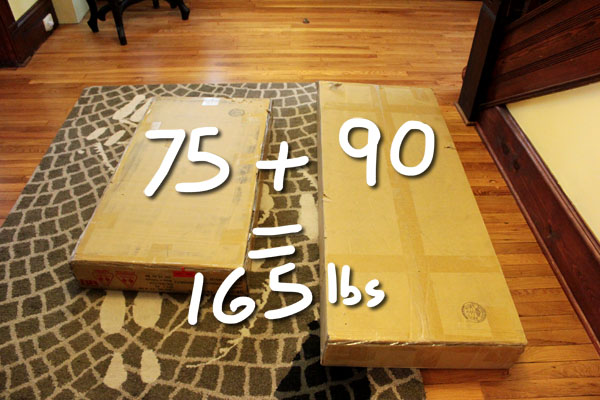 Once everything was taken out of the boxes, I was actually a little concerned that this was more than a one person job. Everything snapped and fit together like something you’d get from IKEA or Target, but I could tell the wood was a much better quality that stuff I’m used to assembling. And there were a lot of pieces. 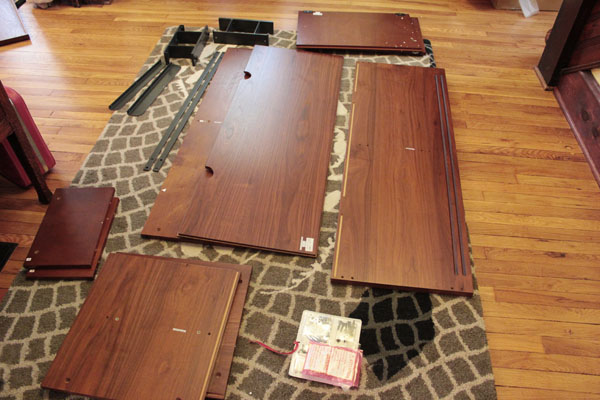 Also, to anyone reading this who does a lot of these little home projects and is always searching for a screwdriver or something, I cannot recommend a Leatherman enough. I bought this multi-tool a few years ago and I use it on every single project Kerry and I do. I clip it on to my belt and never have to worry about phillips vs flat head, or cutting open a box … or anything really. 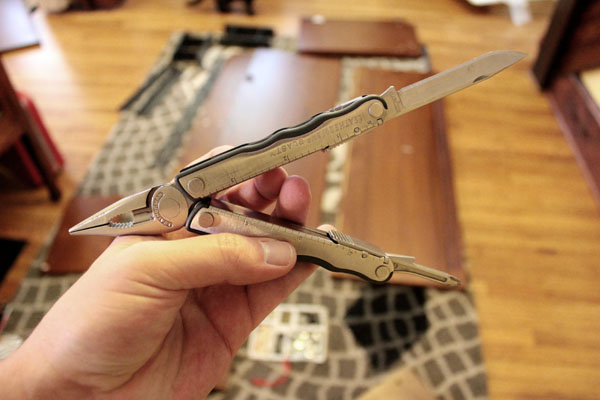 As I began going through the instructions, this thing was actually really simple to put together. I’m sure at some points I could have used an extra hand, but I never really needed one. And again, I could just tell the way these pieces were fitting into each other, this thing was engineered with quality in mind. Everything was coming together with ease and there was never that point where you’re trying to jam a piece in because the hole is just a little off.

The final product is awesome. Kerry and I are both very happy with it. Not only does a TV stand on it (so I’m satisfied), but it also looks perfect in our room. It’s got a very clean, sleek look (which is something I tend to gravitate to), but I think Kerry would say this is “mid century modern” or something like that. I’m not sure. All I know is that it looks good. And she’s happy. So I’m happy. 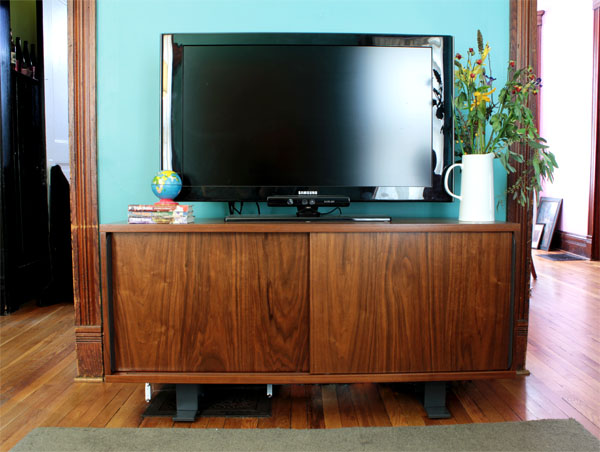 By Andy | Filed under Design & Inspiration, Old House | Tags: before and after, old rumpus