As you may know, we’ve been working on getting a new garage around here for a very long time. It’s finally here! But before I share pictures of the new garage, I want to pay respects to the old one.

What we called a “garage” was actually originally a horse stable, built most likely around the same time as the house in 1890. It initially had just one large door, we’ve learned, and the upstairs was used to store hay, which would have been shoveled out through the large window in front. At some point someone decided to “modernize” by converting one door into two and building a wall down the middle to divide the two sides, which is where all of its problems started. By doing this, the well-intentioned garage/stable/barn owner broke a supporting beam. Fast forward however many years to 2011 and the whole building started to lean to the right. Fast. From month to month and week to week we could easily see our garage leaning further and further. I think if I stood there long enough, I would have been able to actually see it moving. It was getting pretty scary. It was only a matter of time before our garage would come crashing down, and who knows who or what would be hurt in the process. 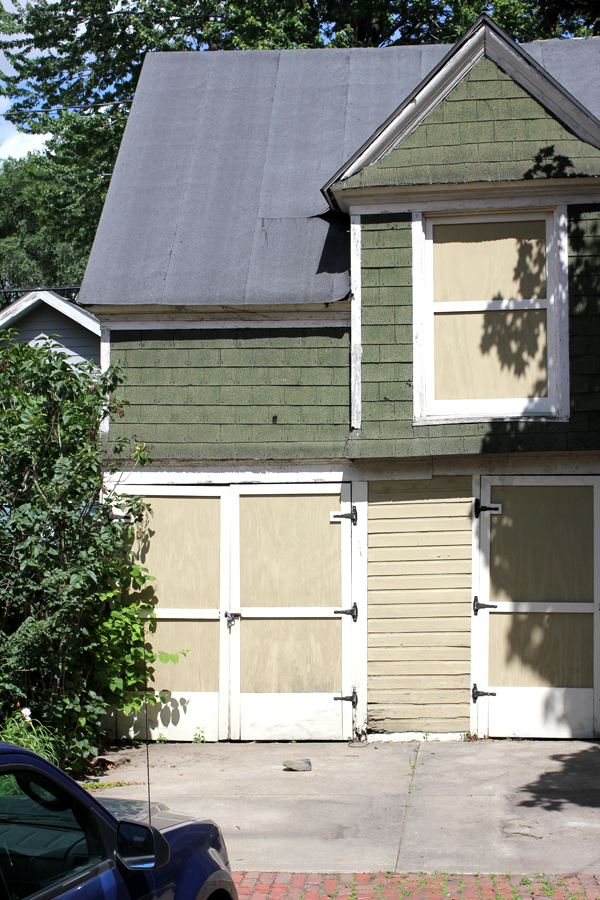 We were hoping to be able to save the historic structure. Since our house is a historic landmark for our neighborhood, we definitely didn’t have any intentions of tearing down the old barn right off the bat. I contacted the Cleveland Restoration Society in February of this year, thinking if anyone would try to save this building it would be them. They sent a contractor out to our house in early March. He took one look at the building and said it would have to come down. It didn’t have a foundation and most of the wood was rotting to the point where there was almost nothing that could be saved even if we wanted to spend the money to try. We were so sad.
But that means we could get a new garage! One that we could actually park in! We’d never attempted parking a car in this old building… especially considering I one time fell through the floor just walking across it… And lights! And garage door openers!
That began the very long, very frustrating, very exhausting process of working with the city to get the necessary permits to tear down the old barn and build a new one. Living in a historic home is not easy. After the city sent their own experts to look at our barn, they also agreed right away that it had to come down. BUT they wouldn’t give us the permit to do so until they approved the plans for the new one. We took our initials plans in front of a really intimidating city meeting over the summer where they tore us apart and sent us home to start over again. It was one of the most frustrating days of my entire life, and on that day I just wanted to move. Luckily our contractor was amazingly patient and worked with us and the city through countless back and forth compromises until a decision was finally made that we could all agree on, and the permits were finally in our hands. 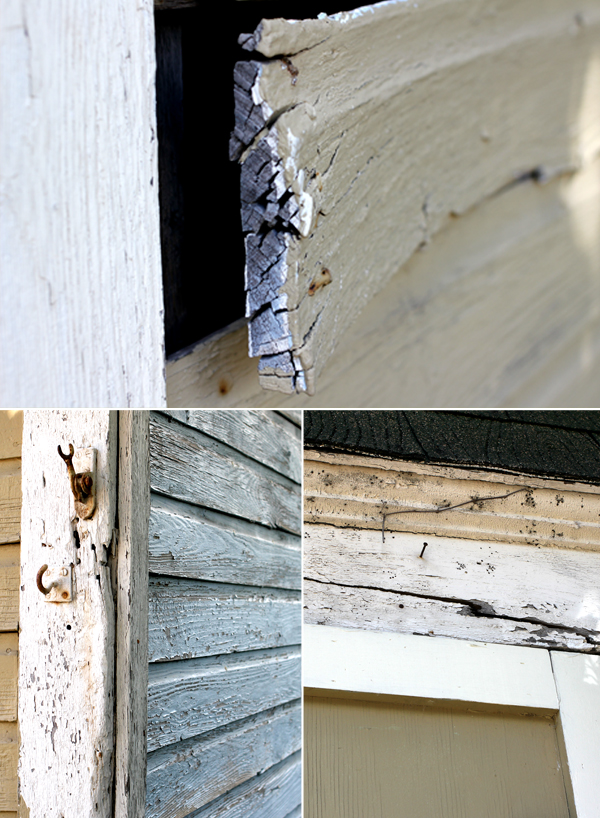 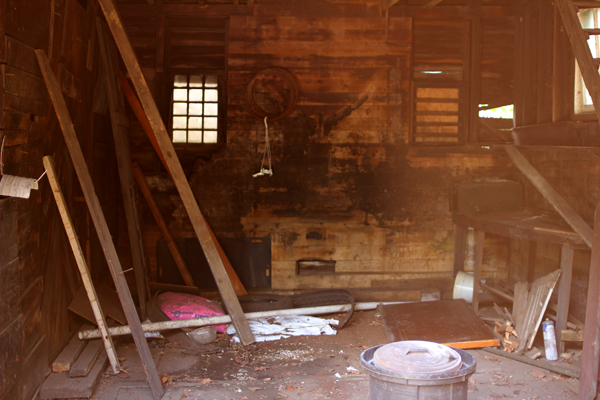 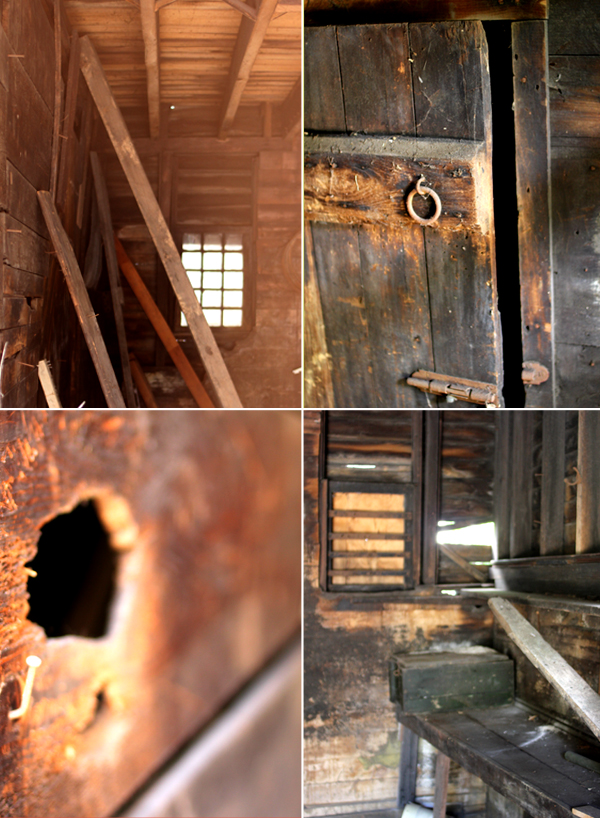 { the rickety old stairs were so scary to climb } 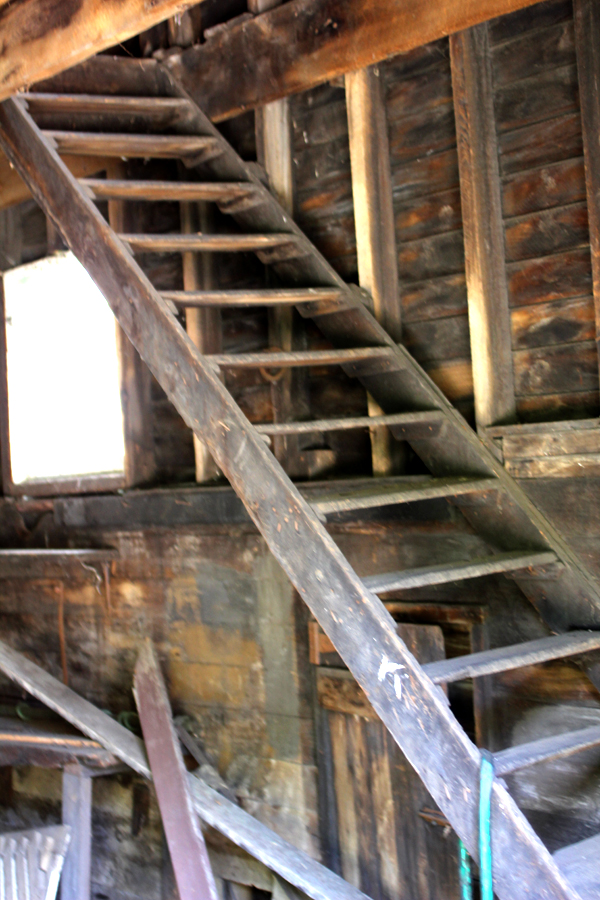 { this is where my foot when through the floor. with no foundation, it was just a gap of about 12 inches, and then dirt } 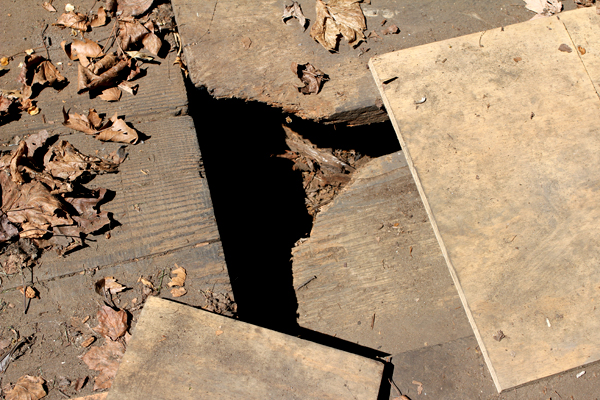 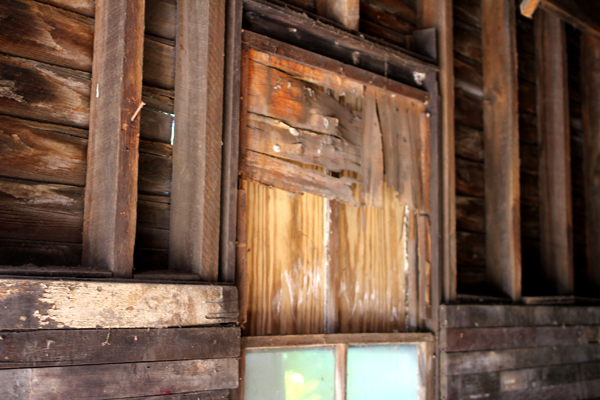 { it’s hard to see the lean in pictures, but notice the angles of the doors } 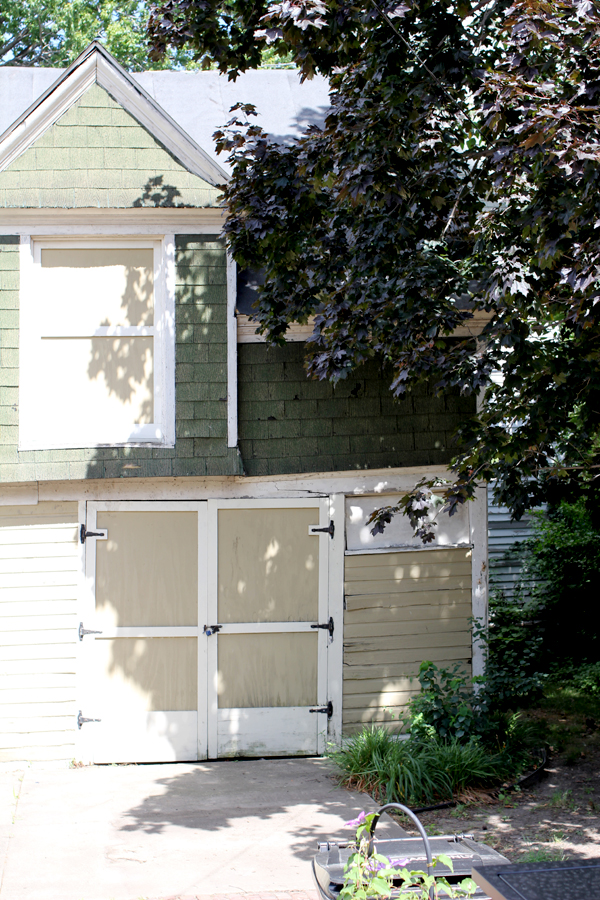 So on September 24, 7 months almost to the day from when I first contacted the Restoration Society about our garage that was leaning, the demolition team showed up to tear it down. They had to do the demo by hand, because the barn was so close to our neighbor’s house and our brick driveway is too fragile for heavy equipment. 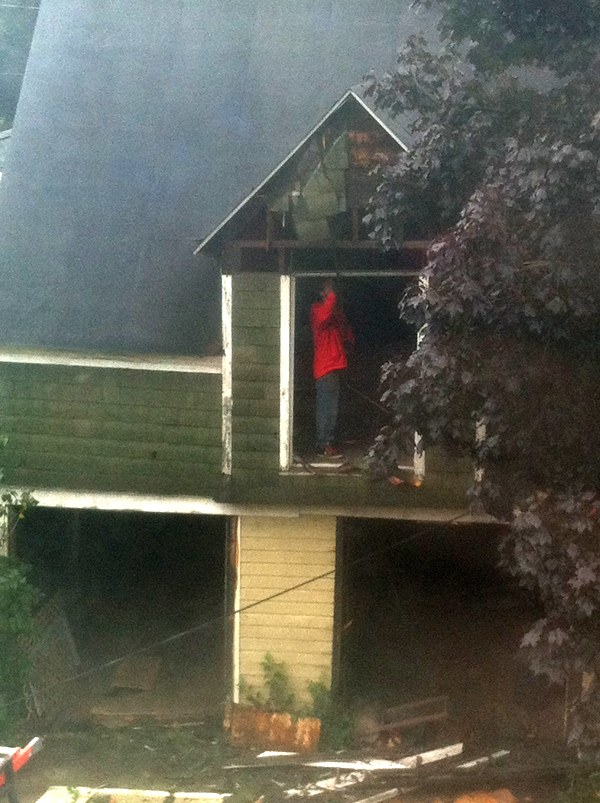 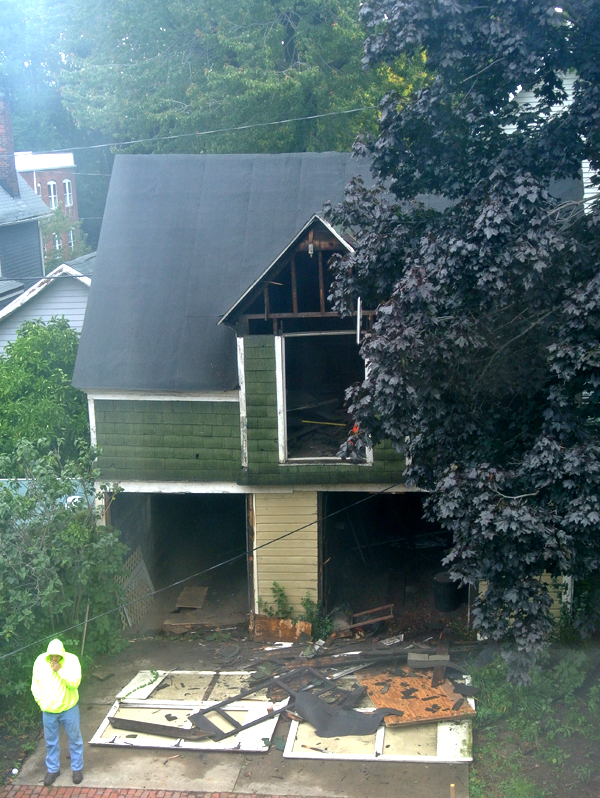 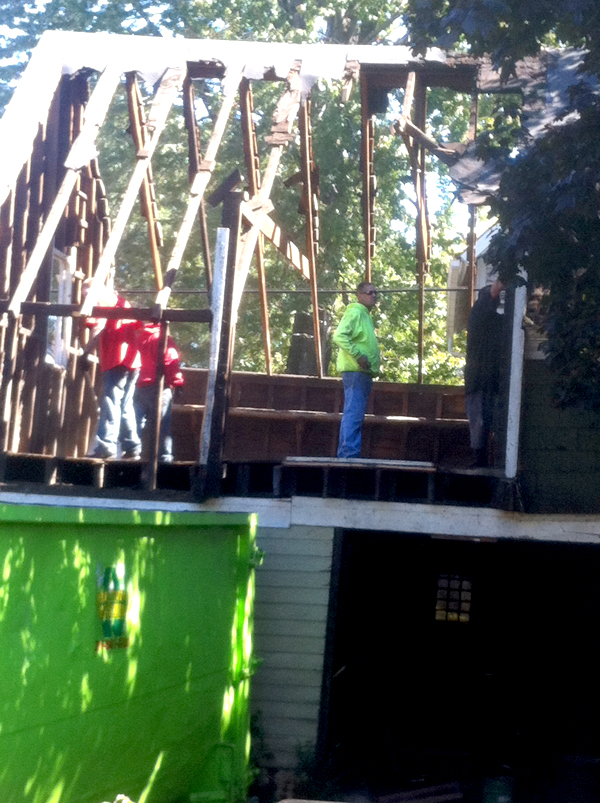 { and by the morning of Sept. 26, our old garage was completely gone } 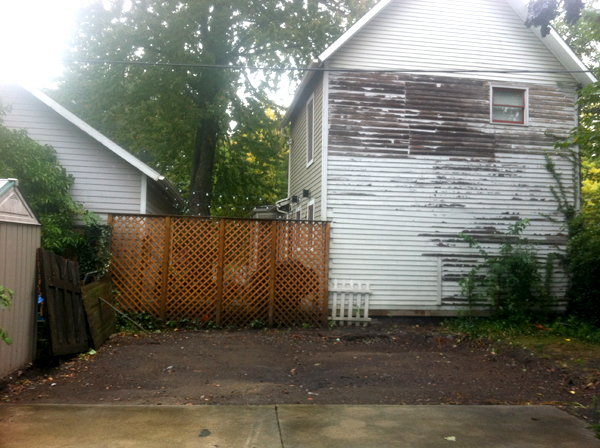 It’s sad to see such an old structure have to be torn down. We would have been willing to do a lot to make it work, but unfortunately it was just too late. I’m glad we were able to take so many pictures of it before it came down so at least we have a record. When the demo team showed up I didn’t know whether to laugh or cry. I maybe did a little of both.
Now that we have a NEW garage, I’m nothing but smiles! Stay tuned this week for pictures!
By Kerry | Filed under Old House | Tags: old garage